HUNTERS AND HERDERS OF MONGOLIA

A Photography Exhibition by Claire Thomas

Hosted by Claire Thomas and One United Nations Park

‘The Altai: Hunters and Herders of Mongolia’ is a photography exhibition featuring over 40 images that offer an authentic reflection of the culture and traditional lifestyle of Mongolia’s iconic Kazakh eagle hunters, horsemen and semi-nomadic animal herders.

In the rugged and remote Altai Mountains of western Mongolia, where Russia, China, Kazakhstan and Mongolia meet, Kazakh people have for centuries developed and nurtured a special bond with golden eagles, training the birds to hunt foxes and other small animals for meat and fur.

Traditionally passed from father to son at a young age, the ancient custom of hunting with eagles on horseback is considered a great source of pride amongst Kazakh communities, whose livelihoods depend on the animals they raise and the land that sustains them.

Far removed from the basic infrastructure that has become part of the fabric of modern life, the landscape of the Altai is beautiful, yet unforgiving. Its vast, desolate valleys stretch endlessly towards the jagged ridges in the distance, with a dusting of snow signaling the onset of a long, hard winter.

From training horses to milking yaks and butchering meat, the daily demands of a traditional herding family’s life are many, allowing little time for the pursuit of personal ambitions away from home.

An arduous and challenging lifestyle, parents often send their children to boarding schools in towns and cities, sometimes far from home, in the hope of their children securing a more comfortable future. With the rapid rise of urbanization and the increasing threat of climate change affecting the cultural heritage of Mongolia’s rural populations, this photography exhibition offers an insight into a traditional way of life that is likely to look quite different in years to come.

All images in this exhibition are available to purchase as Limited Edition fine art prints produced on museum quality Hahnemühle Fine Art Giclee Paper with archival pigment inks and high resolution inkjet printers. 10% of the proceeds from prints sold during the exhibition will be donated to help support rural communities in the Mongolian Altai region, including the proud families featured in these images, who so graciously welcomed me into their homes and lives. 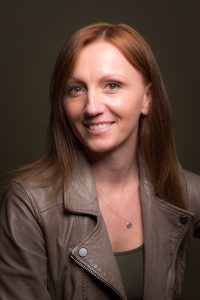 Claire Thomas is a British fine art photographer and photojournalist whose work explores issues surrounding political and military conflicts, humanitarian and environmental crises, and stories of social and cultural significance.

Growing up in a rural village near the town of Carmarthen in South Wales, Claire developed an ardent love for horses from an early age. It was this passion that led her to work as a horse wrangler in Wyoming, USA, where she first began taking photographs. Following her time in Wyoming, Claire traveled to Ghana on a volunteer project supporting women living with HIV/AIDS. A humbling experience, Claire continued to pursue projects in which her photography could be used as a tool to raise awareness of the pressing issues of our times.

From fine art to editorial, Claire’s approach to photography is rooted in her passion for storytelling, seeking to reflect the realities of life in a compelling, engaging, and artistic way.

In pursuit of powerful and honest imagery, her work aims to convey a concept or emotion that goes beyond the image itself, providing a deeper insight into the stories and a connection with the subjects.

In October 2019, after almost three years living and working in northern Iraq covering the war to defeat the so-called Islamic State and the subsequent recovery from turmoil, Claire began working on a personal photography project that draws on her background and affinity with horses. The ongoing project is an exploration of the relationship and bond between animals – horses in particular – and the people whose livelihoods depend on them.

As part of the project, she travelled to western Mongolia to meet and photograph the Kazakh eagle hunters, horsemen and animal herders of the Altai Mountains. Fulfilling a lifelong ambition, she set out to capture a collection of images that offer an artistic and accurate reflection of traditional herding families’ lives and the relationship between the people, the animals they raise and the land their livelihoods depend on.

Go to Top
Join the newsletter
Subscribe for updates on new  projects, exhibitions, prints on offer, discounts, articles and my upcoming photo book.
You can unsubscribe anytime.